Home » What You Need to Know About Building an AR Pistol 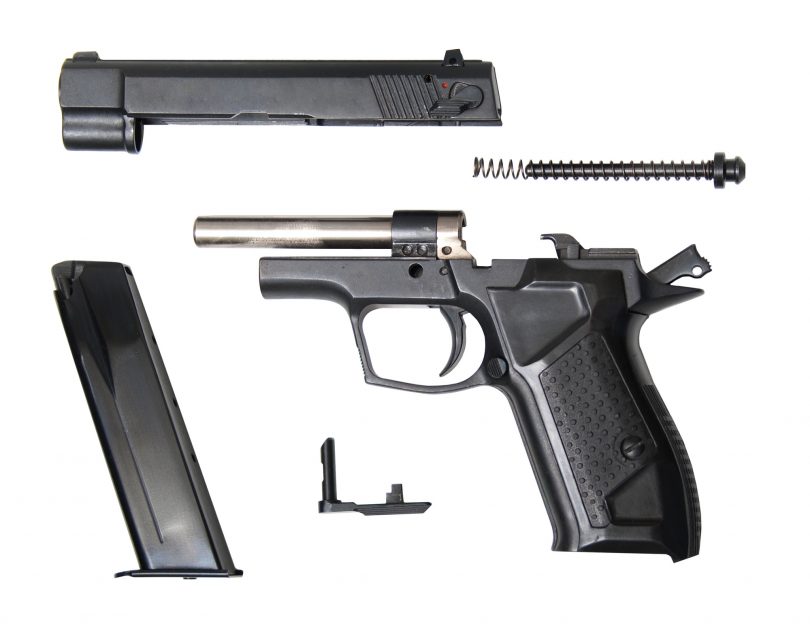 Building your own AR-15 Pistol can a very hard, yet rewarding experience for those who want to get the most out of their personal defense weapons. However, it isn’t always as easy as it sounds.

Apart from actually building the pistol, there are some legal issues and regulations that usually come to part with it.

As owning an AR can be a trial in itself, there are ways to building an AR Pistol while still staying within the regulations of the federal government’s laws.

So let’s take a look at what you need to do when building your own AR pistol.

Do not attempt to tamper or modify firearms without the proper training. Exercise caution when using firearms.

What Is an AR Pistol?

Just in case some are unaware of it, an AR Pistol is a handgun that’s built on an AR-15 receiver. This means you have a pistol buffer instead of a carbine buffer, which limits the addition of attachments and power for compact design.

While they can be of any caliber, they’re not limited to just pistol ammunition. However, it really all depends on what you’re looking for in terms of an AR pistol.

Since it’s a modified weapon, the question comes is are they legal to carry

The short answer to that is yes. A more detailed answer would be that it has to fall under certain categories to be considered a legal firearm.

While every state varies and their laws of firearms are different, ATF’s regulations state that an AR Pistol must have the following to be considered legal to own.

A lot of this may sound a bit simple to consider, on paper. When trying to actually make one, however, it can get very technical when you start making it.

So before you purchase an AR pistol kit, do your research to see how you can keep your AR pistol in the green.

Best AR Pistol to Have

Really to say which AR Pistol is the best model is really subjective. All shooters are different and their preferences and needs are different. However, some are more practical than others.

A 9mm AR would be the most practical and useful caliber to have in an AR Pistol. While having one in 5.56 NATO is an option, they’re also expensive.

Glock has made a variation of 9mm AR pistols that are built with quality in mind and compact maneuverability. All the components are built and legally made.

However, if you’re looking to build your own AR pistol, you’ll need an AR Pistol Kit, a workbench, and an AR-15 to work on. Keep in mind, you have to register the AR as a handgun and not a rifle if you want to keep this legal.

It will also help if you have some experience building, stripping, and cleaning firearms when tackling this project. There are plenty of helpful books and videos that explain it, however, it is best to take classes.

What Are the Pros and Cons of an AR Pistol?

The idea of a compact AR is that they’re very easy to handle and lightweight in comparison to a rifle. However, with every modification to a weapon, there is a trade-off and some disadvantages to take into consideration.

To get the bad news out of the way first, since you can’t have a rifle stock on this, otherwise, it be considered an SBR (short-barreled rifle), you need to use a handgun brace.

This strange replacement might be awkward at first, as while you can shoulder it like a rifle, it might not be the most comfortable way to shoot.

Another obvious issue is the lack of range one would get from this as opposed to a regular AR-15 rifle. Even more so if using pistol rounds instead of rifle rounds. Though this is assuming you are aware of the trade-off.

Lastly, the weapon can’t have any attachments like a vertical foregrip. It has to be angled, otherwise, it can’t be considered a pistol. Unless you want ATF to give you that tax stamp and pay a fee, keep that in mind.

However, despite all of this, you can expect to have an easier time using an AR Pistol in compact areas. This makes close-quarters combat easier and can get through doors without having to angle your weapon as much.

Being small also means it’s lightweight, so fatigue is less common carrying an AR Pistol over an AR rifle.

Probably the biggest advantage is that it’s not limited to what caliber of rounds you can make your AR pistol in. Between the options of using 9mm to going as big as a .308, the versatility in these weapons is truly remarkable.

Should You Start Building an AR Pistol?

This all boils down to what you’re really after and what you plan to have an AR Pistol for. The option of having a compact rifle-like firearm for personal defense sounds good, though ask yourself if it’s neccesary.

There’s a lot of red tape that you have to remember when you start making one, as even the smallest changes can decide whether you get to keep it without a hitch have to pay a fine.

Be sure to talk with your local gun store and firearms experts on what you can do if you really wish to start this kind of project.

If you’d like to know more or want to see what else there is for firearms, be sure to check us out and contact us for further information.