Home » Everything to Know About Concealed Carry Pistols 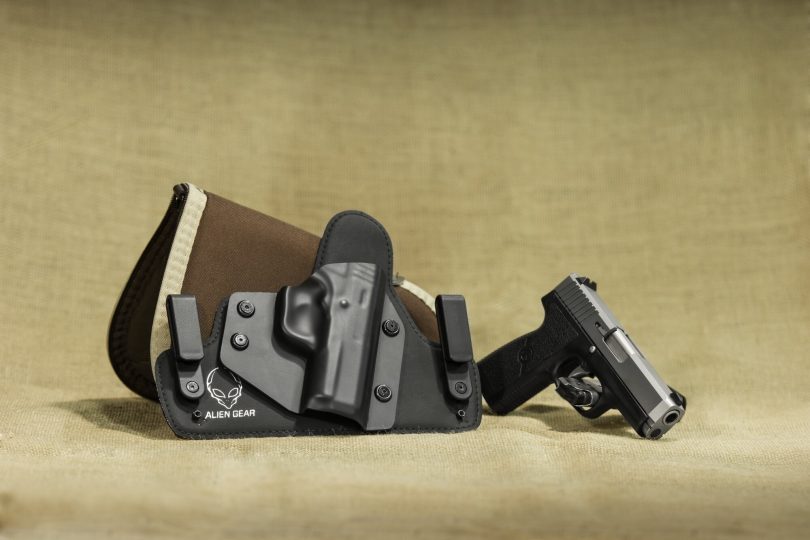 In the United States, 32% of people own a gun, which is over 80 million people.

Not all of the guns made or sold in the United States work well for concealed carry. There are some specific things you should look for in concealed carry pistols if you want to join the ranks of gun owners and concealed carriers. The balance of features that you go for is up to you, and some of it will depend on your body shape and experience level.

Let’s take a look at what makes a great concealed carry pistol.

Now that you are shopping for your first gun and have your CCW license there are things to consider.

The first thing you should know about concealed carry pistols is that they need to be concealed. If your weapon is visible, a criminal could get the drop on you, knowing that you’re armed. This means that for a lot of us a full-size pistol isn’t going to be the best choice, it needs to be smaller and concealable.

A concealable pistol is one that you can fit in your waistband, carry over your appendix, or even hide in your pocket. This means it can’t be large, and long barrels are out. You want something compact that can fit in your hand but carries enough firepower to end any threat to your life.

The balance you have to strike with concealability is capability vs capacity. The smaller the round, the more bullets you’ll be able to have in the magazine. This doesn’t mean you should get a .32 ACP, for instance, instead make sure to do your research about the best concealed carry pistols out there.

There is no rule that says you can’t use a full-size pistol, either. Just make sure that if you’re doing that, you have a good holster and the body size to store guns in a proper place.

Since most modern guns have double-stacked magazines, capacity isn’t as bad as it used to be. Where a lot of pistols could only carry 5 to 8 rounds, now you have compacts that can carry over 10 bullets. This all depends on the caliber, because larger bullets do take up more space.

Old fashioned, concealable revolvers used to be popular and still are in some groups. Most of these guns can only carry 4 or 5 rounds. While this does make them slim and easy to conceal, it means you won’t have many chances to land a fight-ending shot.

If you just got your concealed gun permit and are buying a gun, consider something like a compact Glock. These are easy-to-use weapons that require minimal training to be effective. This is important if you haven’t developed a lot of firearm capability yet.

The best safety any weapon has is the person who is using it. With proper training and discipline, you will be more effective than any mechanical safety is. Use your gun the right way, don’t take unnecessary risks, and don’t expose yourself to possible criminal behavior.

In the old days, a hammer was considered to be a safety, since it had to be pulled back to fire. That was a long time ago, and modern guns have a variety of safety features you might want. Some people don’t like safeties, because they feel it slows down the use of the weapon and can be dangerous.

Glocks and several other brands focus on having an integrated trigger safety. This means that your figure has to be depressing a small paddle on the trigger before the gun will fire While this will prevent accidental discharge, you need to make sure you have good trigger discipline and don’t touch the trigger before you’re ready to shoot.

If you’re interested in having a safety on your weapon, then you might consider an M&P Shield by Smith and Wesson. There is a lot of variety when it comes to caliber, but they operate well and have easy-to-use safeties. This option is often taken by those who have children or other untrained people in the home with them, to prevent accidents.

The key to finding the right pistol is to find one that fits with your level of experience. The nicest pistol in the world won’t work if you don’t have it on you, or you can’t keep it in operational condition. Make sure that when you purchase a gun for concealed carry, you take it out to the range and learn about all the ins and outs of that model.

No single answer exists to what the best pistols for you will be. This is because you have to decide on what feels right, what works and the price you want to spend. What works for you might not work for someone else, just remember that everything from body shape to hand size plays a factor.

There are some brands that are well known for producing good concealed carry pistols. These companies are brands like Glock, Sig Sauer, Luger, Walther, among others. With any of these brands, you can rest assured that your weapon will be in good working order when it arrives.

You may also want to consider using 9mm ammo, it is cheaper than other calibers and has a lot of modern variations in bullet design. This is why military and police groups are switching back to the 9mm. Modern ammunition can make a huge difference in bullet performance.

Concealed Carry and You

We hope that you found this article useful in informing you about concealed carry pistols. If you want to stay safe and ready to defend yourself, contact us. We’d love to help you find the best gun for your situation.