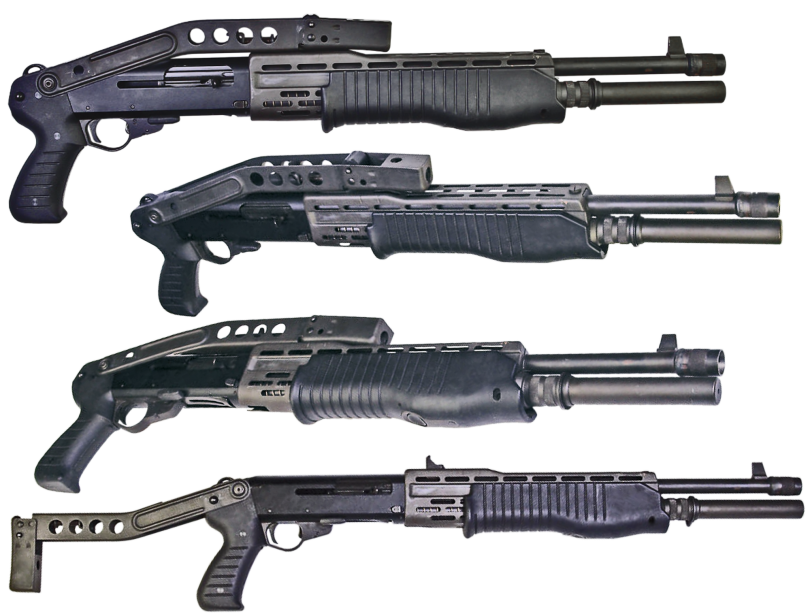 So, you’ve been thinking about owning a shotgun, have you? If you have, then it couldn’t hurt to brush up on your firearm knowledge. Those new to gun ownership probably don’t realize the complexity of the shotgun as a firearm.

This complex weapon comes in a variety of styles that boast unique features and uses. Before you walk into your local gunsmith, you should already have an idea of what you want.

You have the choice of several types of shotguns. If you would like to learn more, you should check out our guide here.

In the United States alone, 40% of people own a gun or know someone who owns one. Of that number, most people probably own a shotgun or two, the most popular of which is the pump-action. They are a favorite among the public, dating back to 1884, when John Browning invented the infamous Winchester 1897 model.

Over the years, the pump-action rifle has not lost its luster among gun experts because it is relatively easy to load and fire. With the pump-action, you slide the action upwards and back down again.

By doing this, you manually pump the shells into the chamber to shoot. At the same time, the gun expels the wasted ammunition onto the ground.

Fun Fact: When you “pump” the rifle, it makes the classic noise heard on any television show where the character re-cocks the gun.

Depending on your style of a pump-action shotgun, you should be able to fit between 3-8 rounds. The only downside to this gun is that the firing speed is a tad slow.

That is because every time you fire a shot, you have to pump the action. Otherwise, there is no ammo in the barrel. So your speed depends solely on how fast you can eject the old shell, cock the gun, and load new ammo.

That said, the pump-action is one of the best shotguns for versatility. People use this weapon for a variety of reasons, like:

The pump-action shotgun is as reliable as it is cost-effective. You can pretty much guarantee the gun will fire so long as you ensure you slide the pump down to the bottom.

If you do not do this, then the old shell will not release, and nothing will load. That is short-stroking, and you want to avoid it at all costs. That said, because of the easiness of firing a pump-action shotgun, it has become a top favorite to protect the household.

If you are looking to buy a shotgun that is a bit more reliable, then you want a break action. These types of guns don’t short-stroke, and they won’t jam as much as other shotguns.

Break-action shotguns are one of the most classic kinds you can buy. In fact, if you have ever watched a television show set out in the West or on the Prairie, you can bet the main character is using a break-action rifle.

The name “break action” came about because these guns break at the breech, displaying the area where you will load your ammo. You then close it up and fire your shot. Very simple and easy to use.

However, you can only fire one or two pellets, depending on whether your shotgun has a single barrel or a double barrel. That means your reload time is going to be slower than other guns because you have to fire, unhinge, fill the cartridge, and snap it back.

Aside from those flaws, the break-action is dependable and best used for hunting. People use break actions or home defense, but there are a few points to consider before choosing a break-action for that purpose.

One of the main key points is the long barrel of the shotgun. If you have to cut corners in a house to get to the intruder, it could make your situation more problematic. So, most people stick to hunting wild games with the break-action and protecting their home with a pump-action.

If you don’t want to fuss around reloading and re-cocking your gun after you fire a few shots, then a semi-automatic shotgun is for you. With this shotgun, all you have to do is pull the trigger (and keep pulling it).

It will fire bullet after bullet with relative ease until the clip is empty. Here is how this works: the gun implements the force it takes to fire pellets to continue expelling ammo rapidly.

The semi-automatic shotgun is also a favorite for home defense. When you are in a stressful situation that requires action, you don’t want to worry about reloading your gun.

The semi-automatic erases those concerns with a high amount of dependability. And, if that doesn’t sell you, remember that the Marines Corps has dubbed the semi-automatic shotgun their firearm of choice. The main reason for this is because they are so reliable.

How To Use a Shotgun

Studies show that out of every 100,000 people, 11 die because of firearms. While many of these deaths are due to violence and homicide, many of them are also accidents.

There are quite a few people who shoot guns without the proper training. Learning about the different types of shotguns won’t give you enough know-how to go out and start shooting. One of the most critical elements of firearms is knowing how to handle them safely.

To start, you need protective gear such as goggles and earplugs. The gun will be close to your face and ears, and when it goes off, it can damage your hearing.

Along with that, remember to keep the barrel of your gun pointed upward. Never point your gun toward someone, and never put your finger on the trigger until you are ready to shoot.

When it is time to shoot, put the butt (back end) of the gun on your shoulder, keep your feet hip-width apart, and glue your cheek to the side of your shotgun.

From there, you should aim, turn the safety off, and only then should you fire. There is extreme kickback with shotguns. Because of this, putting it against your chest and shoulders will limit the amount of force the weapon drives into your body.

Keep in mind that this is a brief explanation. To learn how to hold, operate, shoot, and maintain your shotgun, you should take a gun safety course taught by a professional.

Where To Get Different Types of Shotguns

As you can tell, all of these types of shotguns have their sets of pros and cons. We hope this brief guide gave you an introduction to pump-action, break-action, and semi-automatic shotguns so you can make a better-informed decision.

If you want to delve into the world of firearms, Gun Shop Near You is here to help you get started. Many people don’t know where to begin when buying a shotgun for the first time. That’s why you should feel free to contact us today so you can find the best local gun shops in your area!