Home » What Are the Most Popular Types of Rifles? 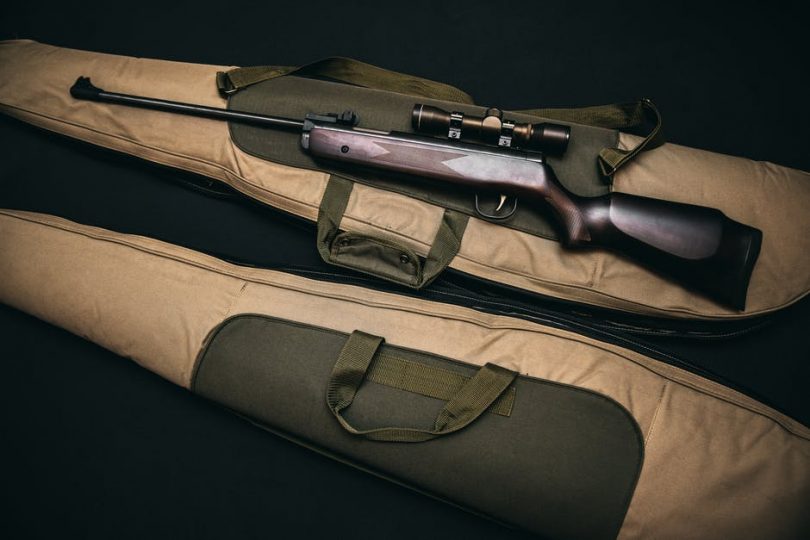 Around 40% percent of Americans own guns. More and more Americans have bought guns over the course of the pandemic. It’s no wonder why: guns are the most reliable way to protect yourself from unrest in an unsure world.

But how many Americans are aware of the types of firearms they purchase? There are many different types of firearms: handguns, shotguns, and more — but perhaps the most popular and effective for home defense is the rifle.

You probably know that rifle is a gun with a long barrel, designed for power and accuracy over long ranges. But do you know the types of riffles?

If not, you’re in luck. This article will walk you through all you need to know about the different types of rifles and how you can use them to hunt and protect your family in an unsure world.

Action, in gun terms, is the part of a gun that loads, fires, and ejects a cartridge. It’s essentially the part with the most moving parts.

The barrel is part of the action. The action can also include the fire control group, the receiver, safety, extractor, ejector, and dust cover, but not every gun has all of these parts.

Now that you understand what an action is, let’s get into the different types of rifles.

A bolt-action rifle is one of the easiest types of rifles to understand. A simple, small metal handle sticks out of the right side of the weapon — known as the bolt. By pulling the bolt upward, backward, and forward, you eject a cartridge, load a new round, and close the chamber for firing.

Bolt-action rifles are fantastic for accuracy and ease of use. This makes them extremely popular hunting rifles. They’re also preferred by snipers and marksman, with many US military rifles based on old-school bolt-action rifles.

The only problem with them is that they’re a bit hard for newbies. The trigger hand has to leave the trigger to move the bolt, so a shooter will need to regrip their trigger hand and re-aim.

The “lever” in question is a loop-shaped handle underneath the trigger, which rotates away from the rifle, ejecting cartridges from the chamber. Reversing that action locks your next cartridge in.

The major advantage of lever-action rifles is the classic aesthetic. With them, you also get the advantage of learning the legendary “spin-cock”. The major disadvantage is that some people consider them outdated, expensive, and a bit inaccurate.

Semi-automatic rifles are one of the newest designs of rifles around. A semi-rifle only needs to have its action set once. After that, the gun’s action discharges rounds on its own after every release of the trigger.

Because of this main feature, many semi-automatic rifles fire quicker than other kinds of rifles. This makes them efficient hunting rifles, and also a common design for assault rifles.

Because of their quickness, semi-automatics are often considered the best design for home defense. While rifles are built for long-range usage, the ability to shoot many rounds without having to manually chamber new rounds makes it useful for close-quarters combat in worst-case scenarios.

The main disadvantage of semi-automatic rifles is reliability. Because they use a more complicated mechanism, they’re more likely to suffer from jams and failures. Their complication also makes them tough to fix yourself.

The quickness of firing comes in handy when necessary. But firing quickly increased your chances of rifle failure.

The pump-action is most associated with shotguns. (Speaking of which, check out the different types of shotguns for more information.) However, many rifles are also made with a pump-action design.

The pump-action design consists of a slide mechanism around the barrel that is “pumped” to eject the old cartridge and lock the new one into place. This is a great advantage for the pump-action rifles because the pumping isn’t done by the trigger hand. This makes them more efficient than bolt-action rifles.

The break-action rifle is a very back-to-basics gun. They’re single-shot guns, so you’re only going to get one shot out of the time before you need to reload. You “break” the action open like a hinge, and load the new round in.

The major advantage of break-action rifles is that the extreme simplicity of them makes them easy to maintain. It’s also almost impossible to fire these guns through a cartridge-loading mishap since the gun practically comes in half every time you load a cartridge.

Know The Types of Rifles

These tough times may have convinced you to go out and purchase yourself a rifle. However, it’s important to know the types of rifles before you go out and make an investment.