Home » What Are Some Cheap Handguns? 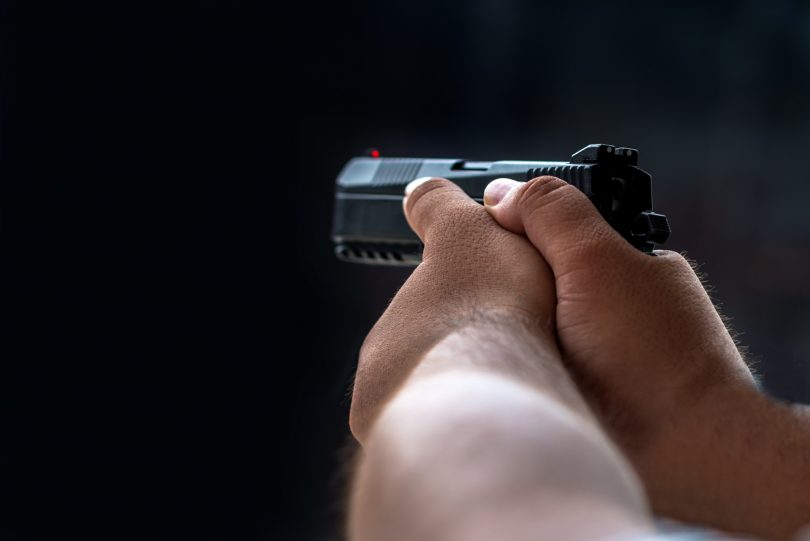 Gun ownership is enshrined into the constitution, and as a nation, we love our firearms. According to recent statistics, nearly a third of Americans own a gun, and just under half live in a household that does.

Yet while some may love shotguns for home defense, or rifles for hunting, the handgun is the most versatile type of gun. A good pistol will serve you well and have multiple uses.

Yet if you’re buying your first handgun or you’re on a budget, which cheap handguns are worth buying? Some people would say that there’s no such thing as a good cheap product. We strongly disagree.

In this guide, we’re going to take a look at the best cheap handguns for sale right now. No matter whether you want something for home defense, a CCW, or anything else, we’ve got you covered.

Read on and find the best cheap handguns for sale online right now!

If you’re looking for a fantastic sub-compact pistol, the XD3 is hard to beat, and it costs just a fraction as much as some of its competitors. Chambered in 9 mm, this pistol features a good amount of stopping power while still being easy to control.

This ease of use is augmented by the fantastic molding that features on the grip, making it very easy to keep under control.

The pistol comes equipped with a 13-round magazine as standard, but you can also step it up to a 16-round extended magazine if you’d prefer. In terms of other features, the XD3 is very well-rounded. It comes with three-dot sights, a hammer-forged barrel, and an accessory rail for customization.

This handgun might be small and cheap, but it’s got premium features, packs a punch, and is a great handgun in its own right.

Just as there are different types of shotguns, there are also different kinds of pistols, and while the semi-automatic is the predominant kind of pistol on the market today, a good revolver will still serve you well. If you’re in the market for a good self-defense weapon, this snub-nosed revolver is compact, relatively powerful, and low-cost.

This pistol weighs less than a pound thanks to its mix of lightweight materials, which means that it won’t feel like an inconvenience to carry. If you want to get a little tactical extra, you can upgrade to a version of the Bodyguard that also comes with a built-in laser, which is a nice touch.

While some may balk at carrying a revolver in the 21st century, the Bodyguard will do its job very effectively, thanks to S&W’s great pedigree with revolvers.

If you don’t mind using something a little different, the FB P-64, also known as the Century P-64, is a very solid choice. This is a Polish firearm that’s chambered in 9 mm Makarov, an older Soviet cartridge.

You can find P-64s for under $200 in some stores, and at this price, it’s hard to say no to this quirky pistol. It’s got a solid semi-automatic action and it’s lightweight, coming in at just 22 ounces.

At close range, this pistol is a good stopper thanks to its relatively powerful cartridge.

If you want a pistol that’s lightweight, easy to conceal, and uses cheap ammunition, then consider this Polish pistol.

If you’d like a Glock-style semi-automatic without the price tag, then another pistol originally from the Eastern Bloc, the EAA Witness Polymer, may be exactly what you’re looking for. This pistol is based on the Czech CZ-75, which is a truly fantastic pistol chambered in 9 mm Parabellum.

It’s an incredibly accurate firearm, and, as you might expect, it’s very reliable too. You can shoot a lot of rounds through one of these guns before it’ll ever have any issues.

It’s lightweight and will fit in most people’s hands without any issues. Do note that it’s a full-sized pistol, however, so some people might find it a struggle to work with.

As an easily accessible version of the CZ-75, this is one of the best-value guns that you could ask for. It’s accurate, reliable, and pretty powerful.

Despite its name and caliber, this gun has absolutely nothing to do with the M1911 or the Browning Hi-Power. The Hi-Point .45 ACP packs a serious punch thanks to its large caliber, combined with a decent-sized magazine.

The polymer frame features well-made grips so that you can easily control this powerful handgun, and it also comes with a thumb safety and a magazine disconnect safety.

The Hi-Point comes with adjustable three-dot sights and a peep sight.

The gun is made in the USA and is, for its size and caliber, fairly lightweight. This means that you can expect it to serve you well in life-or-death situations or down the range. If you want a high-caliber, affordable handgun, look no further.

Few would dispute that a single-action revolver is probably not a great option for self-defense. However, it’s still a fantastic choice for target shooting or western shooting.

This gun is clearly inspired by the legendary Colt Single Action Army, just scaled down to .22LR. It’s an accurate revolver that features well-made, comfortable wooden grips, which are a joy to hold.

The Rough Rider would be a bad choice for self-defense, but that’s fine. It wasn’t designed for that. It was designed to be great fun at the range, and it fits that bill wonderfully.

We hope that you’ve enjoyed this guide to the best cheap handguns. We hope that it’s shown you that cheap doesn’t necessarily mean bad, and that you can get some fantastic firearms for a low price.

If you’re keen to get your hands on one of these pistols, use our site to find a gun shop near you, whether you’re in Virginia, Texas, California, or any other state in the union!